For my 2015 Reading List, I want to read five Shakepeare plays.  I’ve read Hamlet many times before, but I am getting ready to study it with Chris and Maggie.

Shakespeare gets his stories from legends belonging to other cultures.  When we studied Hamlet in high school and college, teachers always gave the setting as sometime in the Middle Ages, without much attention to it beyond that.  That’s okay.  Shakespeare’s stories are timeless, as the most recent trend of putting them in modern settings shows us.

During this last reading, I noticed that the King, when preparing to send Hamlet to England to be executed, mentions that England will gladly agree to follow his orders because they do not want retribution at the hands of the Danes who have frequently been victorious over them.  There is still reference to the Danegeld — the tribute that the English paid the Danes to keep them from attacking.  So this is 12th century or before — and very possibly before William the Conqueror and the Norman Invasion (1066). 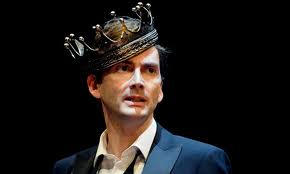 Writing a play gives a playwright many freedoms, though.  While this gives a context to the period that the story probably took place, Shakespeare also introduced a blatant anachronism.  Hamlet and his friends studied at the University of Wittenberg, which was founded in 1502.  It was a strong seat of Reformation Theology in Shakepeare’s time, but did not exist yet when Hamlet is set.  I wonder if there is any thought to why Shakespeare would pick Wittenberg?

2 thoughts on “The Timing of Hamlet”

This site uses Akismet to reduce spam. Learn how your comment data is processed.

Hi, I’m Lora and I live in Escondido, California. I’m a mental health writer and web strategist, as well as a wife, a mom, and a homeschooler.

As far as the pastor’s wife thing, I will probably always feel like a square peg in a round hole, but I’m still blessed to be Jeff’s wife, more than I can ever say.